Sometimes a timely email is all you need. That is exactly what happened this week when I received a newsletter from one of my mentors, Mariabruna Sirabella. The main message of the newsletter was contained in an article called Creativity is Your Birthright. It really resonated with my own experience of how bringing creativity into my life has been a true miracle, so I wanted to share my thoughts on it and expand on a few points in this article.

“I will never cease to feel gratitude for the day I decided to reclaim creativity as part of my being. …. I knew I had not been uncreative for all those years, but to name it, claim it and discover how I could activate it in everything I do was a revolution, and still is. It teaches me how to be whole and it encourages me to stay enchanted with life.”

These words really hit home for me. How perfectly Mariabruna describes my experience! On the 2nd of September 2015 it will be exactly 3 years since my heart and soul opened to creativity. On that day I walked into an introductory SoulCollage® workshop –“SoulCollage® create yourself anew” given by Dalia Braziulyte and my life changed….

It was in that workshop that I finally unlocked a huge part of me. I opened myself to receive and express creativity and I experienced a Satori moment. Satori in Japanese means realization or enlightenment. My Satori occurred before the end of the first day and I knew with certainty that I wanted to be running a workshop like this. That was the end of Ariadne’s thread that has helped me to navigate the subtle clues of my soul to find my calling in life.

Before the workshop I would experience a desire to do something creative, only I didn’t know what or how to… the usual creative outlets didn’t really work for me: I didn’t know how paint – I could doodle, but that brought me neither satisfaction nor joy. I liked to sing, but I couldn’t play any instrument or create music, so singing didn’t work either… I had already started to write a little, but most of the time I wanted to express myself in a nonverbal way, to access a part of me that was beyond words. After casting around for some form of nonverbal expression and not finding it, I would just give up and stuff my creative impulses down to a far corner of my soul, so that they wouldn’t show up and torture me.

So, on that September day I finally tapped into and unlocked my creativity, after many years of frustration. It occurred to me that having a creative impulse and no way to express is as frustrating as feeling sexual tension and not being able to have an orgasm. It is no wonder that creativity and sexuality are linked in the second chakra!

The reason I was able to unlock my creative power was not because some undiscovered talent had suddenly shown up, it was because SoulCollage® is such an accommodating process that anyone can become a creator. To create a SoulCollage® card all you need is a blank mat board card, glue, scissors and lots of images or magazines….. and so I did create my first card… and once I started I couldn’t stop!

For about a year after that inspirational workshop, I spent nearly all my free evenings and weekends lost in the ecstasy of creating SoulCollage® cards. The dam had burst and creativity flowed from me. My heart and soul rejoiced. It came as such a deep, visceral feeling of joy that I couldn’t contain it.

I couldn’t (and didn’t want to) stop it. I didn’t feel like the person I used to be… I had begun to heal my wounded creativity…

Choosing from the menu

Mariabruna talks about wounded creativity and its consequences to an individual and a community. It takes very little to damage a child’s creativity – several well placed comments, a few negative remarks and it’s done. That child is now convinced that he has no creative talents and will very likely walk through life with that “disability” and the erroneous negative belief – “I have no creative talents”, leaning on it a like a cripple on a cane. This leads to the development of a young adult who will try on life’s parts crafted and created by others… “Ready-made life parts” available in the form of  predetermined university curriculums, job descriptions, social circles, roles and careers, sadly crafted by institutions, corporations, powers that be who have no interest in an individual’s sense of self-fulfilment or developing their unique creative abilities. Unfortunately too much of this child’s life will be chosen from “the menu”…

Other consequences of wounded creativity and separation from a person’s creative flow named in the article are:

I can relate to all of those, including depression and anxiety. It was only after I discovered SoulCollage® that the black cloud of fear and depression hanging over my head, started to disperse. This space began to fill as my level of creativity and new creative abilities started to emerge. SoulCollage® brought more colour into my life. My clothes and my style changed. I gained much more confidence in my writing and at times even dabbled in poetry. I found the courage to try out new ways of expressing myself by drawing mandalas, experiencing dance meditation and even painting.

The most important change of my life, however, occurred in June of 2013 when I became a certified SoulCollage® facilitator, because that is when I stopped “trying on” life choices offered to me and started to hand craft my own life. That is when I started SoulSage, conquered my fear to lead workshops and discovered I even have a bit of a talent for it. J

It may sound like the process was smooth sailing from that point onwards, but not exactly… Most of it was hard, unknown, unclear and terrifying. Despite this, I would not change any of it for the world. The tears that I cried, my failures and the wrong turns that I took over the last 3 years have enabled me to grow, become stronger, discover myself and expand beyond anything I could imagine. I feel enormous gratitude for every lesson and for every teacher whom I met along the way.

The dark side of wounded creativity

Mariabruna mentions one very serious consequence of repressed creativity that works on a much deeper level of our consciousness; it becomes an unconscious belief that “I am NOT a creative being”. Sounds harmless enough, but if you look at it more closely, you can see how it could easily turn into any of these, or similar, beliefs:

I have talked about the power of unconscious beliefs in my other blog posts, but here is what I believe in a nutshell:

The circumstances of our life are a reflection of our internal convictions, beliefs, values, emotions, thoughts, words and finally – actions. The world is neither good, nor evil; it’s a reflection of each person’s inner world.

Hence the unconscious belief that I am not a creative being condemns an individual to either a rather grey and dull existence or being a contestant in the constant rat race to have, earn, consume, buy, achieve more…

It is no secret that books about creating, manifesting and attracting the life you want have become very popular in the last 10 years or so. Despite the fact that they are numerous (and add in all the videos, lectures and workshops on the subject) the average person’s life has not changed very much. Most people still struggle in their daily lives and dream of a better future. I guess there are many reasons why most people’s lives do not suddenly become magical and fantastic, but I have an inkling that it has something to do with this belief that I am not a creative being. After all most of us have it…

I am not a philosopher or a theologian but this, in my opinion, is the biggest paradox about the belief: In Christian and other religious traditions it is said that God created human beings in his image. I am pretty sure this doesn’t mean physically, because in that case God has some serious issues… I believe, and this is just my opinion, it is within our ability and our power to create what our divine nature truly intends for us.. We have this amazing gift and the free will to make our lives into anything we want. We can choose to believe in whatever we want and do whatever we want. Such privilege belongs to the creators only!

No other being has such freedom: a dolphin can’t be anything else but a dolphin, a rose can only grow into a rose and do what roses do. It is only us, humans, who have a myriad of possibilities and the ability to create new ways to be human. I truly believe that life is our playground and that we decide what game and what role, in that game, we are going to play. (Or at least we should, if our unconscious beliefs didn’t do it for us…)

So, considering all of this there are a few conclusions that I would like to draw here:

Choose whatever form of creative expression attracts you the most, is the easiest to master and allows you to see your creations in the shortest possible time as nothing melts the belief that “I am NOT a creative being” more effectively than actually looking at your creations!

The more you create, the more you start to think – “If I can create this, then what else can I create?”. After a while you start to wonder, maybe I can actually hand craft my whole life, not just the stolen moments…

If you were to ask me, I would recommend trying SoulCollage® (for everyone) even if you are already an artist and are hand-crafting your life. When you integrate creativity into your life there is still a need to keep the creative fires burning and SoulCollage® can help you do that.

Give it a try!

I have learned that words are a language of the mind, but our soul speaks through the language of images. Have a look at some of my cards here, and in a video below, and decide for yourself. If it calls to you, I invite you to join us for a day of creativity in the “Expand yourself with SoulCollage®” workshop in Prestwick, Scotland on the 26th of September or if you speak Lithuanian “Atrask kūrėją savyje” on the 9th of September in Vilnius, Lithuania.

Open your heart and invite creativity into your life! 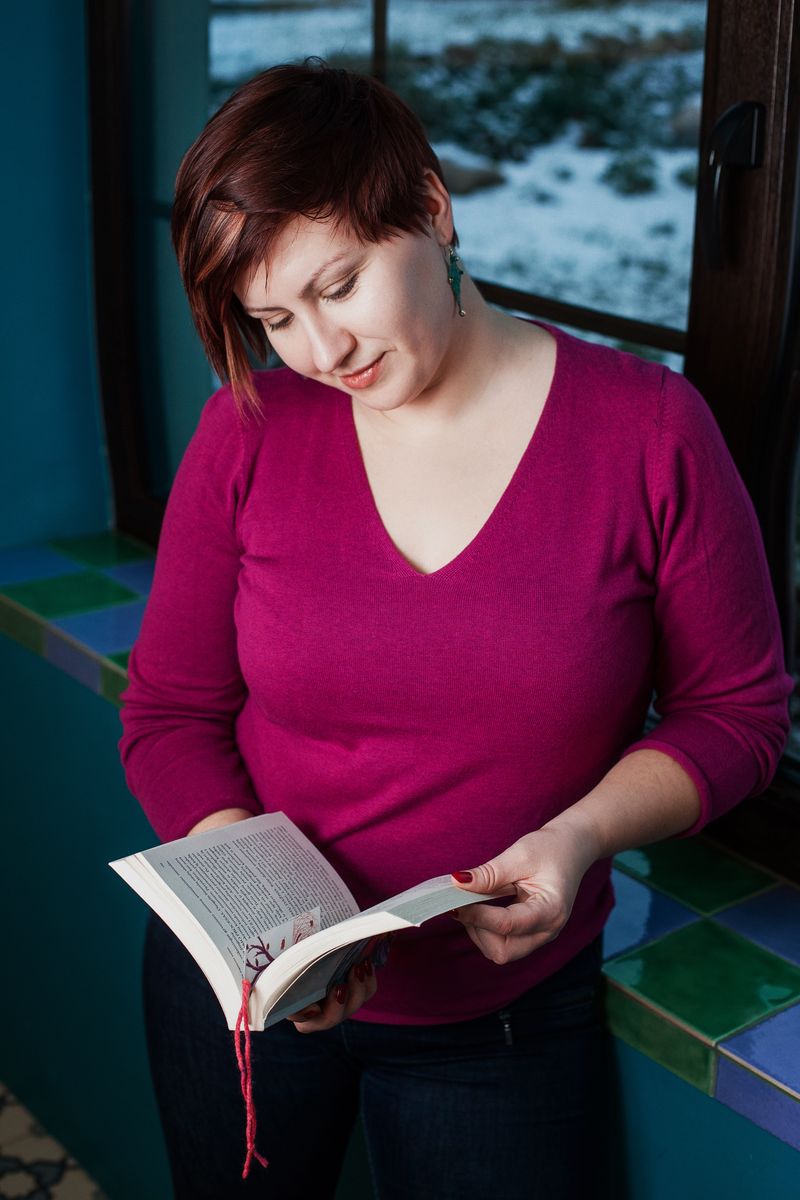 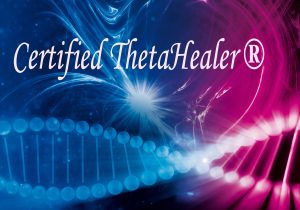